Note: This article describes the IFSC classification system, national systems may be different.

Impairments can be very different and so also the level of climbing. To ensure a fair competition, athletes are classified in order to compete against athletes with a similar level of impairment. In Paraclimbing, we have 10 different sport classes at the moment.

AU1 athletes only have one functioning arm, so their climbing style is one arm dynamic moves. Precise footwork and body positioning is needed to compensate for the missing arm.

AU2 has one arm with a forearm amputation or a limb deficiency so that the athlete has one arm and one stump left for climbing. Their reach is limited, the use of finger pockets and pinching is also not possible with the impaired arm.

AL1 is for athletes who use wheelchairs due to no usable function from the waist down or for double hip disarticulation amputees. Their climbing style is purely campusing as they have no use of their legs.

AL2 has at least one leg amputation or limb deficiency, the only minimum criteria is that there may be no ankle left. Leg lenths difference (shorter leg at least 20 % shorter than the longer one). The athletes also may decide if they want to climb with a prosthesis or not. Climbing styles are very different depending on the athlete using a prosthesis or not. There is also a difference if it is a below or above knee amputation / limb deficiency because the additional joint allows specific hooking which might be helpful in steep walls.

RP athletes may have very different categories of impairments: Hypertonia, Ataxia, Athetosis, Impaired passive range of motion, Impaired muscle power, Short Stature . Some athletes of lower RP classes need a wheelchair while others are limited by other factors (flexibility, coordination, strength). Climbing styles are very different here and in general, in RP Sport Classes there are way more “different” types of impairment competing against each other in comparison to other Sport Classes.

Routesetting needs to be specific for each Sport Class. If you are further interested in this topic, take a look at this page about Paraclimbing routesetting.

How do athletes get classified?

Right before an official IFSC event (World Cups or World Championships), there will be an evaluation session for new athletes or for those with Sport Class Status R or FRD expired (see more on Sport Class Status down below). During this evaluation session, the athletes will be tested in order to determine the correct sport class for them. All medical documentation has to be submitted and checked by classification experts in advance. The medical documentation is submitted to the IFSC while applying for the IFSC Athlete license.
It is up to the classifiers to decide if they want to see the athlete in the sport specific test on a testing route prior to the competition to help with the decision on the sport class.

Aside the sport class, there is the so called “Sport Class Status” which indicates if the assigned Sport Class is secured or not. There are the following status:

The Sport Class Status will be assigned after the Evaluation session and confirmed or changed after the observation in competition.

How can I compete?

Contact your national federation and ask if they have any Paraclimbing structures existing and how you can participate.

Who is not allowed to compete?

The following impairments are ineligible Impairments that cannot be taken into account for the classification of an Athlete:

On top of that, there are defined minimum disability critera for each sport class. 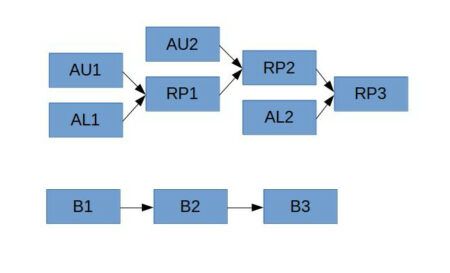 There are still inadequacies in the current merging schema: If B3 or RP3 does not have enough athletes, and the sport class left of them in the schema exceed the minimum criteria, B3/RP3 are not opened for competition. So the problem is always on the right side of the merging schema because there is no Sport Class available to merge them to.

Sport classes which tend to have (too) low numbers of participants: